Join us on Saturday February 29 for this all-inclusive and first of its kind food festival in Williamsburg, Brooklyn.

For far too long pozole has been relegated to the back corner of the menu behind the tacos, ceviches, and guacamole. With this event, we honor this great Mexican stew, similar to ramen, that will warm the heart and soul. At Bowl of ‘Zole, enjoy 10 flavorful iterations of this Mexican stew made with chicken, seafood, pork and tofu!

Bringing together top importers, this event will feature 50 distinct bottles of mezcal. Get to know this flavorful and smoky agave spirit, distilled using in-ground fire pits. Celebrate the modern renaissance of this ancient beverage when you sample products from 10+ producers.

General Admission: $55 – All Inclusive Access to Food and Drink

VIP: $125: Early admit at 12pm that includes a guided mezcal tasting at 12:15pm as well as early access to chefs,. Plus receive a copy of Danny Mena’s “Made in Mexico” cookbook.

After 20 years of front of the house experience in the restaurant business, Arik launched his own mezcal brand Fidencio Mezcal in 2009. Now in 2020, his portfolio, Fidencio Sprits offers Traditional Mexican Spirits made by 19 Maestros, from 24 species and 10 states…and counting.

Bowl of ‘Zole is Proud to Partner with City Harvest 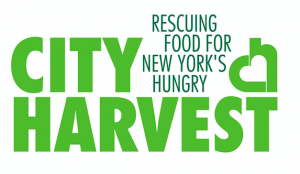 Part of this event’s proceeds and food will got to City Harvest, New York City’s largest food rescue organization. City Harvest will rescue 66 million pounds of food a year and deliver it free of charge to hundreds of food pantries, soup kitchens and other partners, helps to feed the nearly 1.2 million people. Learn more.