Thank you to all the cider makers, chefs, and guests who made the event memorable! 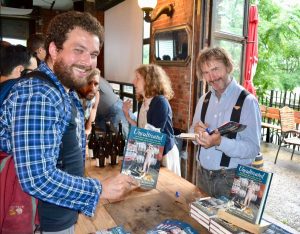 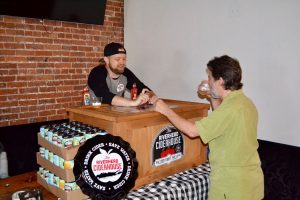 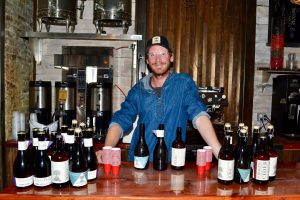 “Why It’s Awesome: If cider is your main squeeze, you’ll definitely want to drop by this festival dedicated to everyone’s favorite fermented apple juice. There’ll be pours from cider outfits based in Vermont, Spain, Texas, Sweden, France, Oregon, and, of course, New York, plus cheese from Consider Bardwell Farm, cured meats from the Piggery Charcuterie and La Quercia Cured Meats, and apple pies from Petee’s Pies for dessert.”

Andy Brennan is the owner of Aaron Burr Cidery, a small homestead farm located in New York State’s Catskill region that supplies cider to some of Manhattan’s most popular restaurants, including Eleven Madison Park and the Gramercy Tavern.

In his new book, Uncultivated: Wild Apples, Real Cider, and the Complicated Art of Making a Living, Brennan’s hero is the tenacious wild apple and the superior cider it produces. In candid and at times philosophical prose, he shares his decades-long experience working with naturalized trees—from discovering new tastes and textures to under-standing how the wild apple tree guided him toward a successful, environmentally conscious business.

Historically, hard cider was the great American drink in the 18th and 19th centuries. Ciderfeast NYC was a toast to cider’s 21st century revival. Below are the makers who made this event possible!